Scottish Borders, Scotland, UK. 11 May 2021. Images from Scotland-England border crossings in the Scottish Borders today. A hard border with England is likely if Scotland should vote to break with the UK. Following the Scottish parliamentary election where the SNP failed to achieve a majority in the Scottish Parliament, the issue of Scottish independence is once again back in the news. Pic; Bridge at Newham which forms border over the River Tweed. Iain Masterton/Alamy Live News 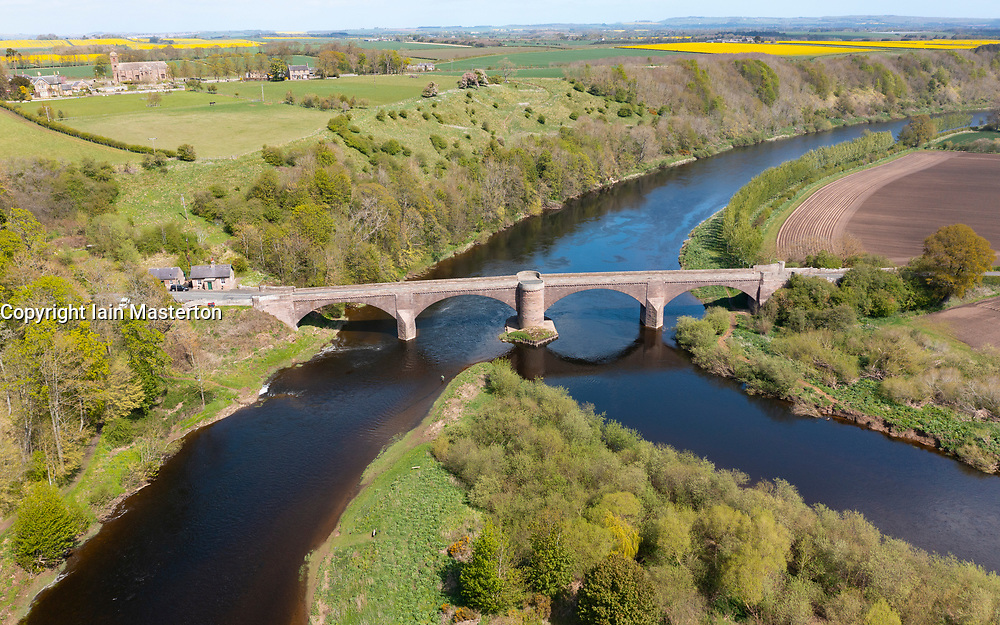