Edinburgh, Scotland, UK. 23 March, 2019. March to the Scottish Parliament in Edinburgh by far-right Scottish Defence League (SDL) was met by a counter demonstration by several left wing groups such as Unite Against Fascism, Muslin Women's Association and Edinburgh Antifa. A heavy police presence was in force and the SDL were closely escorted to and from Waverley Station. Pictured; SDL and anti-fascist protestors face off. 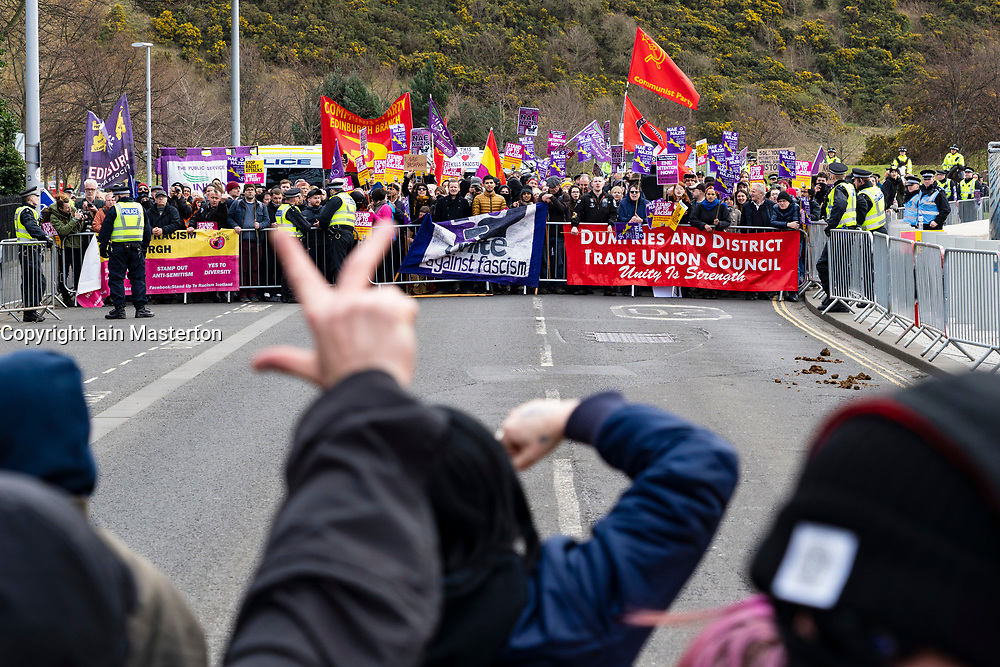